Julia Shipley is the co- founder of Chickadee Chaps and Broads, a hyper-local micro press. She’s also the author of newly released, Adam’s Mark: Writing from the Ox House a collection of lyric essays about writing and farming. Her third poetry chapbook is forthcoming from HoneyBee Press in July. A contributing editor for Yankee, her work has also appeared or is forthcoming in FIELD, Green Mountains Review, POETRY, Taproot and The Toast. Her website is www.writingonthefarm.com.

The unexpurgated version
is actually immaculate.

untold fields–  a polemic, a manifesto of snow
utterly boring except for this neat strand of track:

the pebbles
T. placed on the porch bench
held: snow ate them up
spat them back—
a dog that doesn’t
like peas after all

April: dog that dissolves
leaving the pea,
similarly
a blizzard of paper offerings
fell into
my mailbox

behind them
s(no)w man stands
oh well, a pail of ashes
to fling on the field
in the aftermath called “grass”
famished, wagging

Epistle from the First Week of July

Here’s where I crashed into a snow bank
two, no three winters ago, and now—
patch of evening primrose.

Over on King Farm Road
sapphire delphinium grow,
a commemoration of ramming
the Subaru into another
white shoulder, rushing through
that raging winter with barn- cracking
storms and ailing brakes, so long ago
it seems as I plunge down Ketchum Hill
into deepening shades of green,
the air warm enough to bite a peach,
blooms open in each site I wiped out.

Last night I told a bouquet of strangers
gathered in service of sanity,
how wretched I felt “letting you go,”
which, to be honest, skids out
of the county of truth– it belongs
with that off-road word, “deserve,”
which also thrashes in language, my
“trying to make it work ”accidents,
imply I want another go round,
to decide “what to make of it”—
Pit stop? Repo?

No. Lookit—
in each trench where momentum
blew out restraint, –a glowing flower,
or “daughter,” since it’s what
crushing made, delivered long after
we took separate ways:
I name her Autonomy

The river shoves the river past a cross on shore for two boys
who died portaging. The horizontal board reads:

We hope you’re having fun in heaven—
the frail cross already tilts and this winter will resemble another letter,

what’s one item in your spring wardrobe that you can’t go without?

what’s your idea of the perfect homemade spring meal?

Greens, scapes in my scrambled eggs, last year’s potatoes with this year’s oregano, rhubarb juice: all made from this land.

what are three constants in your day?

what is your spring theme song this year?

I love the lilt and iambs, the simple specificity of

It’s the song of the thrush.

tell us the inspiration behind this work.

I think what ties these poems together (besides the progression of the seasons through a place) is the intelligibility and legibility of landscape. These poems are not overtly peopled, which might make them dismissible, (as in– no one’s there, so who cares?) and yet, it’s the presence of others other than humans that activates my imagination– a world where *every*thing* brims with life. 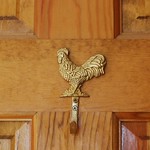 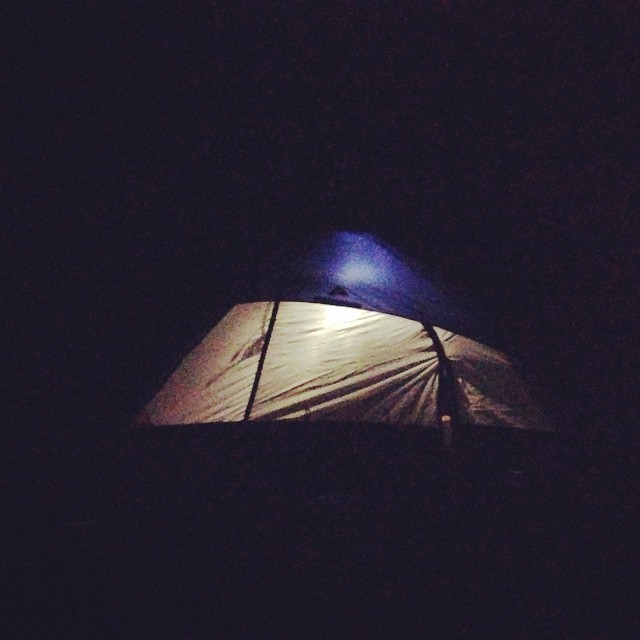